Gustav Mahler’s Symphony No. 1 in D Major, also known as the ‘Titan’ symphony, was primarily composed between the 20th January and the end of March 1888 in Leipzig, although the work also incorporates pre-existing musical themes and ideas from earlier Mahler compositions. The first version of the work, which was titled in the concert program: “A Symphonic Poem in Two Sections”, was premiered in 1889 at the Vigadó Concert Hall in Budapest conducted by Mahler. The work was poorly received by the Budapest audience. Its second performance took place three years later in Hamburg after Mahler had made major revisions to the work. Mahler continued to revise the work up until the score was first published in 1899. A typical performance lasts around 55 minutes, making it one of Mahler’s shortest symphonies. The symphony is a regular feature in concert programs around the world.

For more on all of Gustav Mahler’s symphonies click here: https://gustavmahler.com/symphonies/mahler-symphony-1.html

Bio on Request View all posts by The Write Stuff 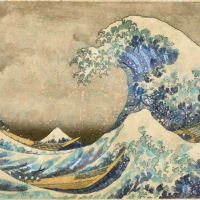